[Update Apr 2016] With the launch of another 2 flavours, Matcha Bursts and Raspberry Bursts, the Earl Grey was removed from the menu. So now, we got to try even more different flavours!

The Matcha Bursts ($15) was served with Pumpkin soft serve (not salted egg though even though it’s yellow!) Pumpkin taste wasn’t as distinct as the colours but the matcha balls were the main highlight here. 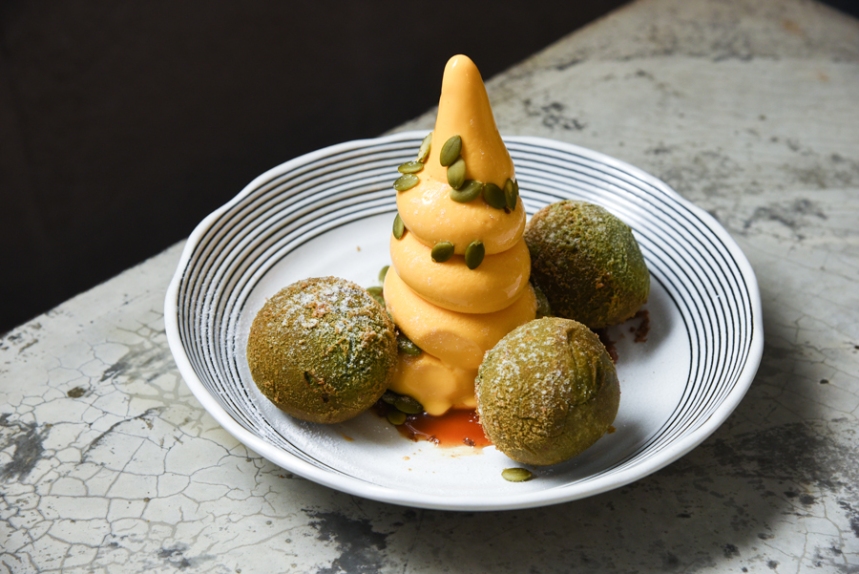 Rich gao gao matcha taste with a slight matcha bitterness that we liked!

[Update Feb 2016] The Matcha soft serve has been removed from the menu. Instead Earl Grey Mochi Balls with Butter Popcorn Softserve had replaced it. Think Black Ballsssss with earl grey chocolate oozing out of the balls!

Check out our video of these amazeballs.

What a funny name!!! A cafe that named itself as Bird and served soft serve that looked like poop! We probably felt that it might be some Jurong Bird Park inspired cafe.

Honeycomb no longer occupies that space at Bali Lane, instead, the owners of Stateland Cafe opened their newest venture – Brother Bird there.

But why call themselves Brother Bird? Because that’s the nickname of one of the Stateland owners. He loves eating granola and he got himself that nick. Perhaps I should call myself Python since i loved eating chickens!

The menu was pretty short and straightforward. 2 rotating flavours were available for the Softserve each time. round. Both Cookie Butter and Matcha cost $6.

Being a hardcore matcha fanatic that go gaga over matcha, that’s an obvious choice for us! We would probably be green with envy and greening (I mean grinning) from ear to ear. 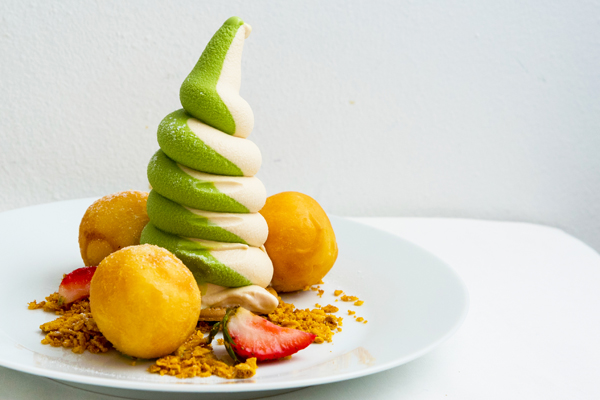 For the soft serve, we were allowed to choose a single flavour or a twist of 2 flavours. The butter cookie tasted similar to my digestive biscuits and were pretty addictive halfway through.

The Mont Blanc Bird Nest ($14.90) were filled with chestnut cream (main component of Mont Blanc) with specks of meringue for the added crunch. The matcha soft serve sat on top of the firm and crispy, chewy donut, with distinct and yet not overpowering matcha bitterness. The right level of sweetness made the matcha unforgettable. 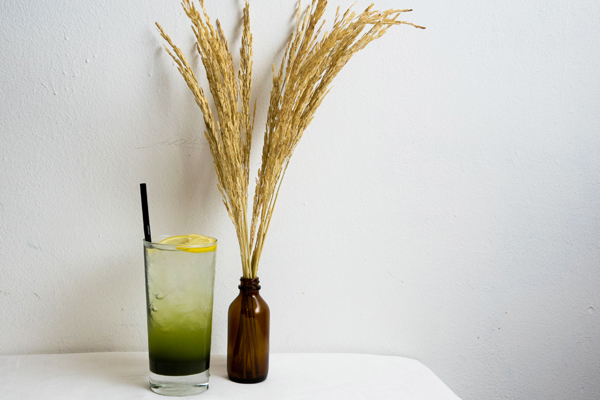 Apart from matcha soft serve, we noticed that there’s Matcha Lemonade ($4.90) too. Who would have thought that matcha would go well with lemonade?! Citrusy, refreshing and not bitter, the freshness of green leaves could be detected subtlety.

Brother Bird proved to be innovative and trendy in the food offerings. Softserve trend remained all time high in Singapore due to the hot and humid climate, and yet Brother Bird did a good job in expanding on their strength.

Now I wondered if my poop will turn out green the next day. Hmm…