Wawa Chicken is located within the JB City Square Shopping Centre trendy and hipster Inner City. It is more like a hole in the wall café that sits around 15-16, with kpop music playing in the background. 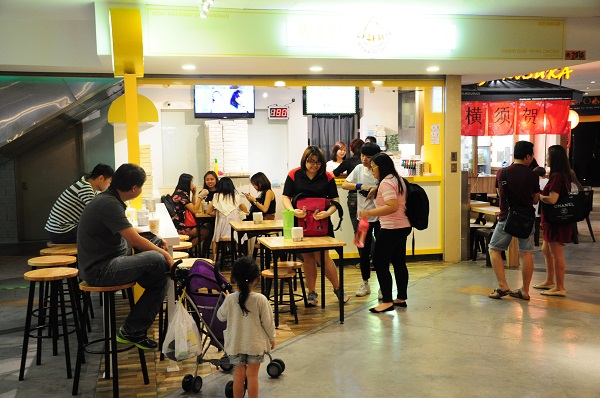 I had the 6 pieces chicken set (3 pcs cheese and 3 pcs extra spicy) that comes with a side of fries and drink at RM27.90 ~ SGD9, all by MYSELF. Wa wa wa SC (so cheap) I know as the same portion could set you back by double the price in Singapore.

The fried chicken, in general, was a little dry on the inside and the batter could be thicker and crispier. 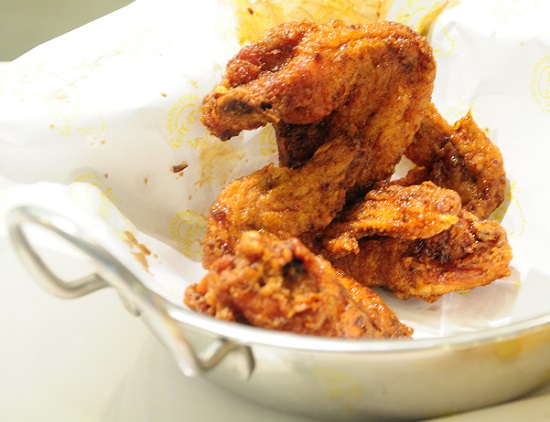 We prefer the extra spicy one that leaves a lingering hot sensation on the lips, but still manageable (for  me) over the cheese flavored one tasted sweet rather than cheesy.

The cheese powder was dusted over the fried chicken, so don’t go expecting the melted and stretchy kind of cheese.

There was no long queue on the date of visit (13 October 2015) and service was prompt- we waited no more than 10 minutes for the food to be served.

22 Korean Fried Chicken Factory was our 4th stop of our JB food trail weeks ago, and had just opened days ago at Mount Austin. You would probably need to drive/cab to reach this place so in terms of accessibility Wawa is more convenient (for Singaporeans)

We were lucky to be one of the few customer that managed to try the chicken that day as the shop was overwhelmed with orders and have to stop the queue at 1pm to avoid long waiting hours.

Other than the ordering counter and indoor dining seats, the interior boasts shelves selling Korean food, tidbits and merchandise, just like an all-in-one factory concept. Haha.

We ordered for the soy chicken wings with cheese wedges and drink (RM10.90) and kimchi fried rice (RM 9.90) for some carbo-loading.

Chicken was not overwhelming oily but was disappointed to find the soy flavor bland. Similar to Wawa chicken, the meat was a tad dry, would be much better had it retained the juiciness of the meat.

Kimchi fried rice was mushy by the time we tried (after 20 minutes), not too bad but I felt that the kimchi flavor was not distinct enough. Kim Dae Mun (Concorde Hotel Level 1) used to be my favorite haunt for kimchi fried rice but its a pity they had removed it from the menu.

We were lucky to be one of the few customer that managed to try the chicken that day as the shop was overwhelmed with orders and have to stop the queue at 1pm to avoid long waiting hours. (approximately an hour)

Yay to the choice of Korean fried chickens in JB, but in terms of taste and standard, it still pales in comparison to the ones in Singapore (Choo Choo Chicken / Twins Chicken) but without doubt, it is definitely cheaper eating in JB lah!